An audience member selects a playing card and returns it to the deck. They’re allowed to freely shuffle the cards at random. While doing so, I bring out a gigantic balloon and tell the audience that I’ll inflate it with a leaf blower and ask the spectator to insert the deck of cards inside the balloon. I go on to explain that I’ll put my entire body inside the balloon in an attempt to locate their card. As you can imagine, this is hilarious for the audience to witness. Especially when you see the kicker ending (see below video)!

In 2012 I received a phone call from an America’s Got Talent producer who found my video online and invited me to a private audition. There are literally three auditions that a performer must pass before having the opportunity to perform before a live audience and panel of celebrity judges.

I’m happy to say that I passed the auditions and performed Man in Balloon before a live audience and celebrity judges on America’s Got Talent. It was a wonderful experience that I will never forget. The panel of judges consisted of Howie Mandel, Piers Morgan, and Sharon Osbourne. They were all very nice and I’m happy to say that I didn’t receive any “X”s or get kicked off. Sharon was particularly my favorite because she was so nice in person and very sincere. After a couple of episodes, I was merely edited out of the show. I guess we can call that “TV magic!”

That’s my head inside a balloon! 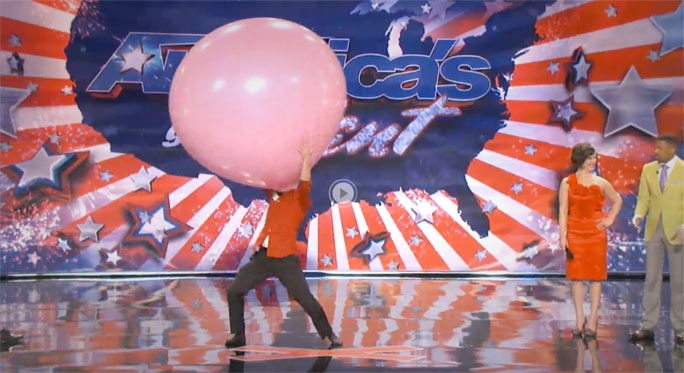 Unfortunately, the performance footage from AGT has been removed from Youtube by NBC. The reason is unknown but below you can watch the same routine I did on the show. This was filmed at a comedy club in Seattle, WA.

That’s Nate at the Paramount Theater in Seattle 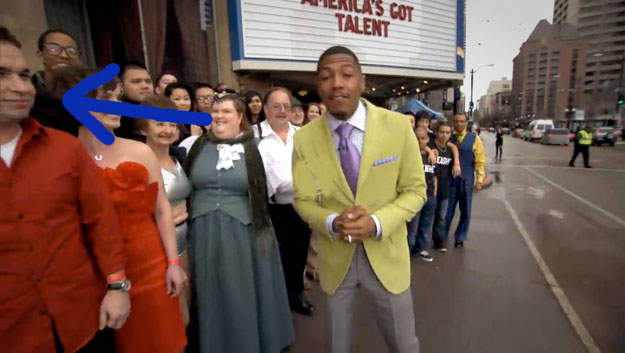